It’s been six months since we talked about the development of Run Run Super V, and we’re excited to announce a major update -- a complete rehaul of our gameplay loop! We asked members of the RRSV team (JD, Benjo, Erwin, Joniel, Luna, and Keith) to discuss the rehaul below.

Since we soft-launched RRSV in the Philippines, Malaysia, and Thailand, we’ve been gathering feedback and data to validate our assumptions on our core loop. We’ve found that the current loop simply wasn’t engaging our players enough, and we weren’t hitting our retention numbers. There was still a lot of room for improvement to the game. The team decided to stop adding new content and fix the retention problem first. 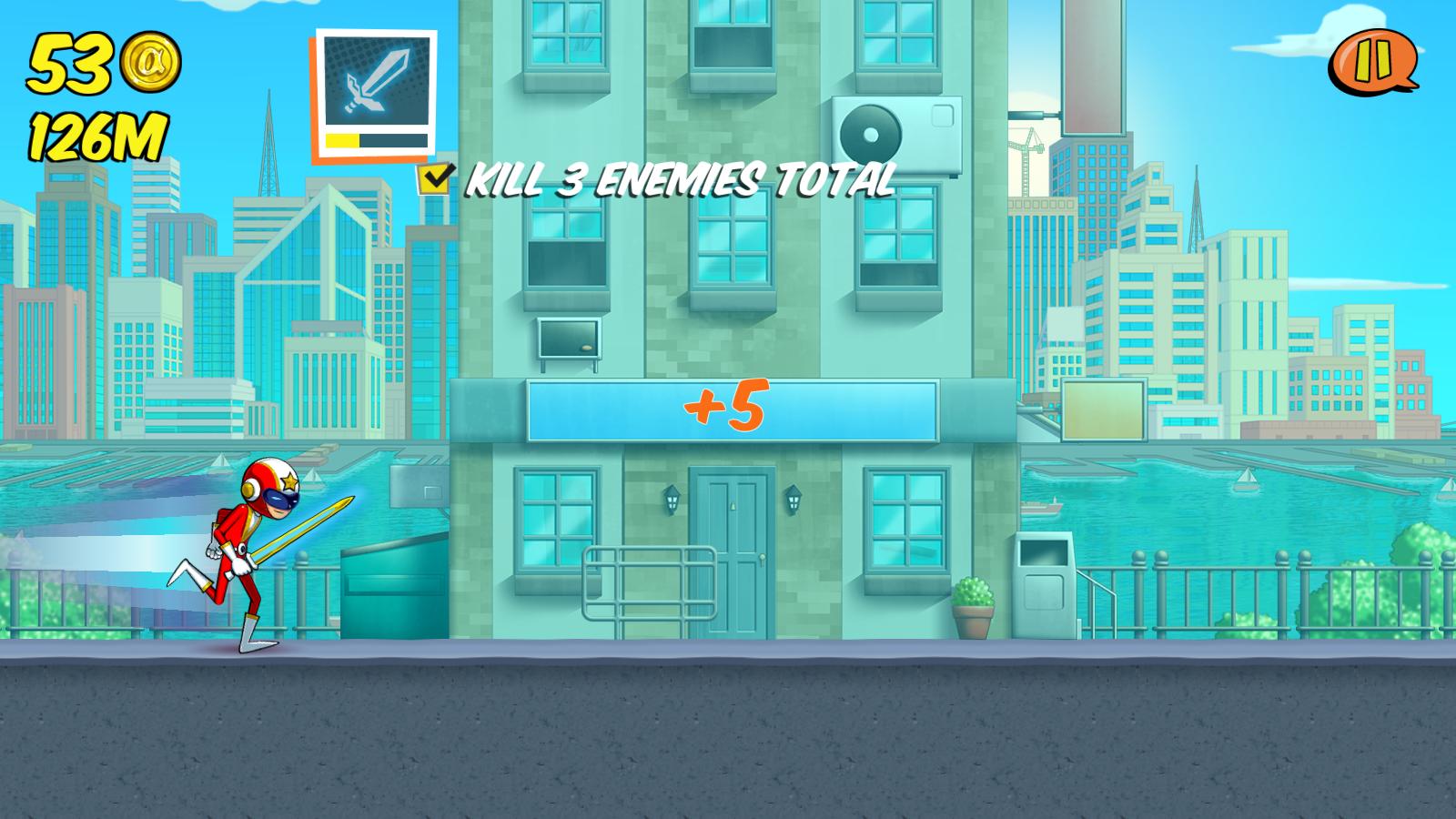 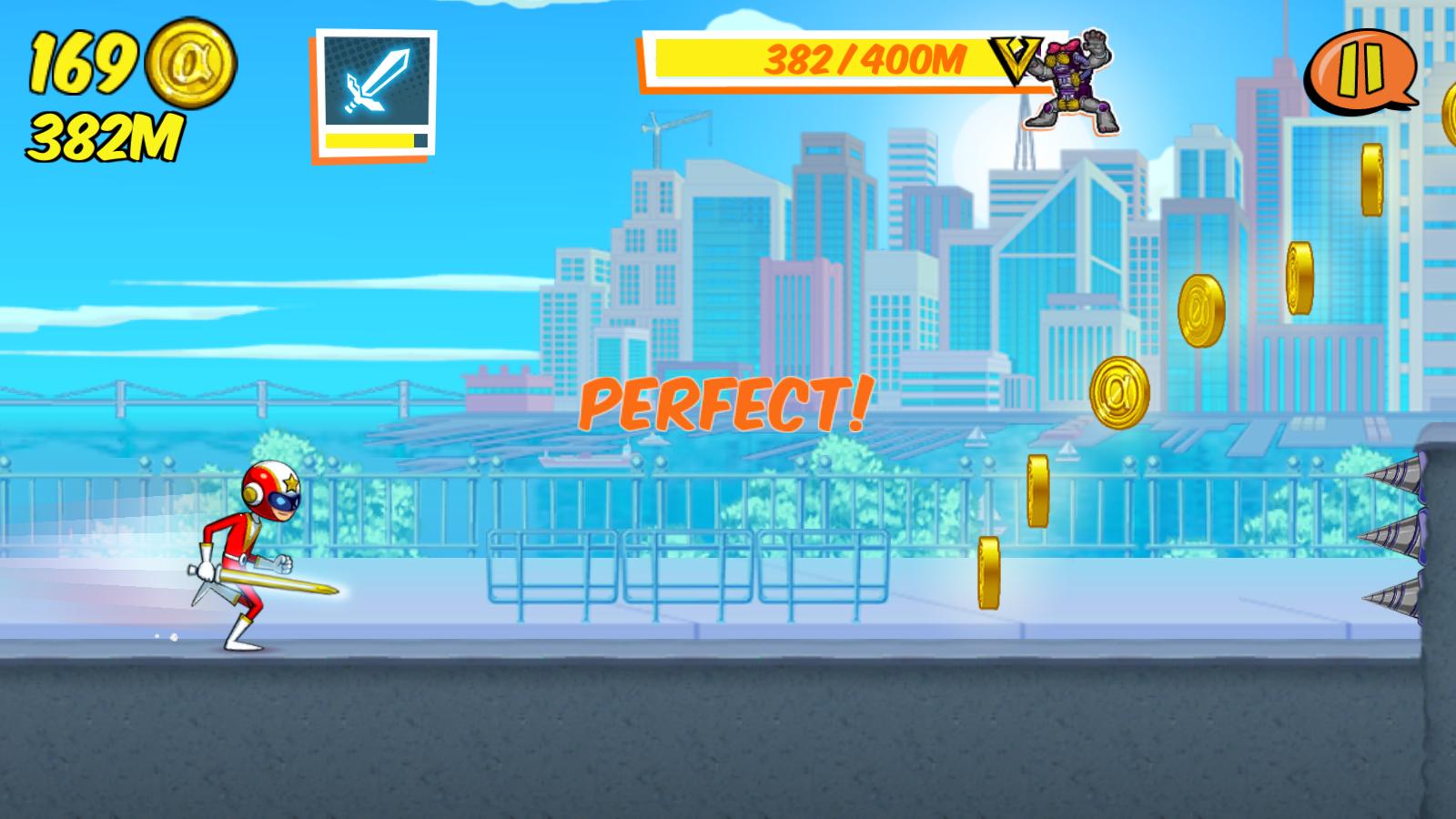 The biggest feedback point we got was the disconnect between endless run mode and the robot battles. The initial game design of keeping the two modes separate (and having the player die to go back to the map and access the other mode) was counter-intuitive and went against the whole sentai theme.

We decided to put together the Run and Robot Modes into one cohesive loop. Players now run to reach a minimum distance that takes them straight to the battle. The robot battle now acts as closure for the stage and an intrinsic reward for running (because it’s fun to beat the faces of kooky monsters in). 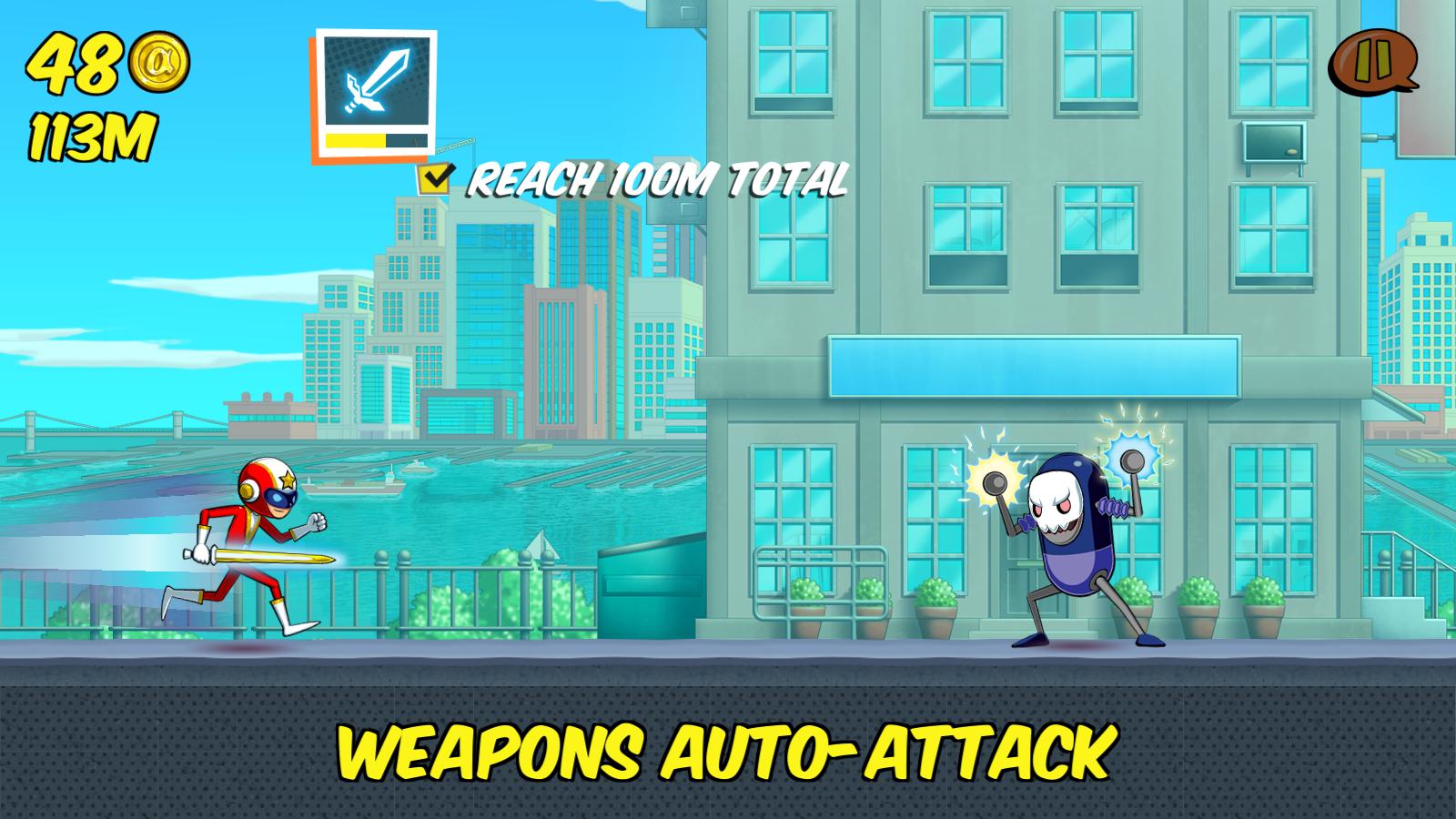 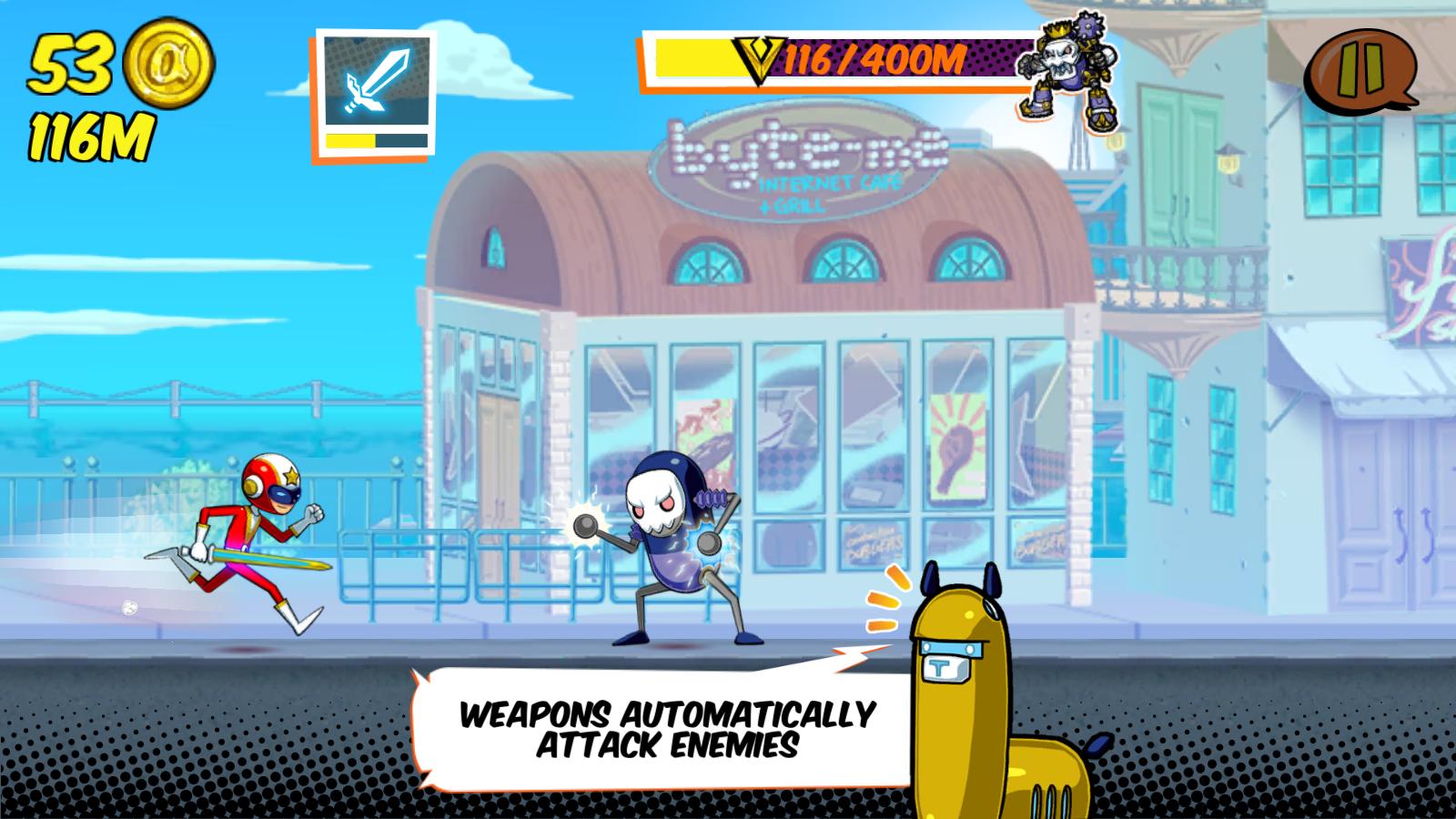 We also learned that our old tutorial wasn’t effective. Players didn’t want to stop and read; they just wanted to dive into the game. We changed the tutorial to remove pauses, and made sure there was no way for a player to fail. Having the tutorial also start with Run Mode leading up to the now-connected Robot Mode presented the whole core loop in a much better way. 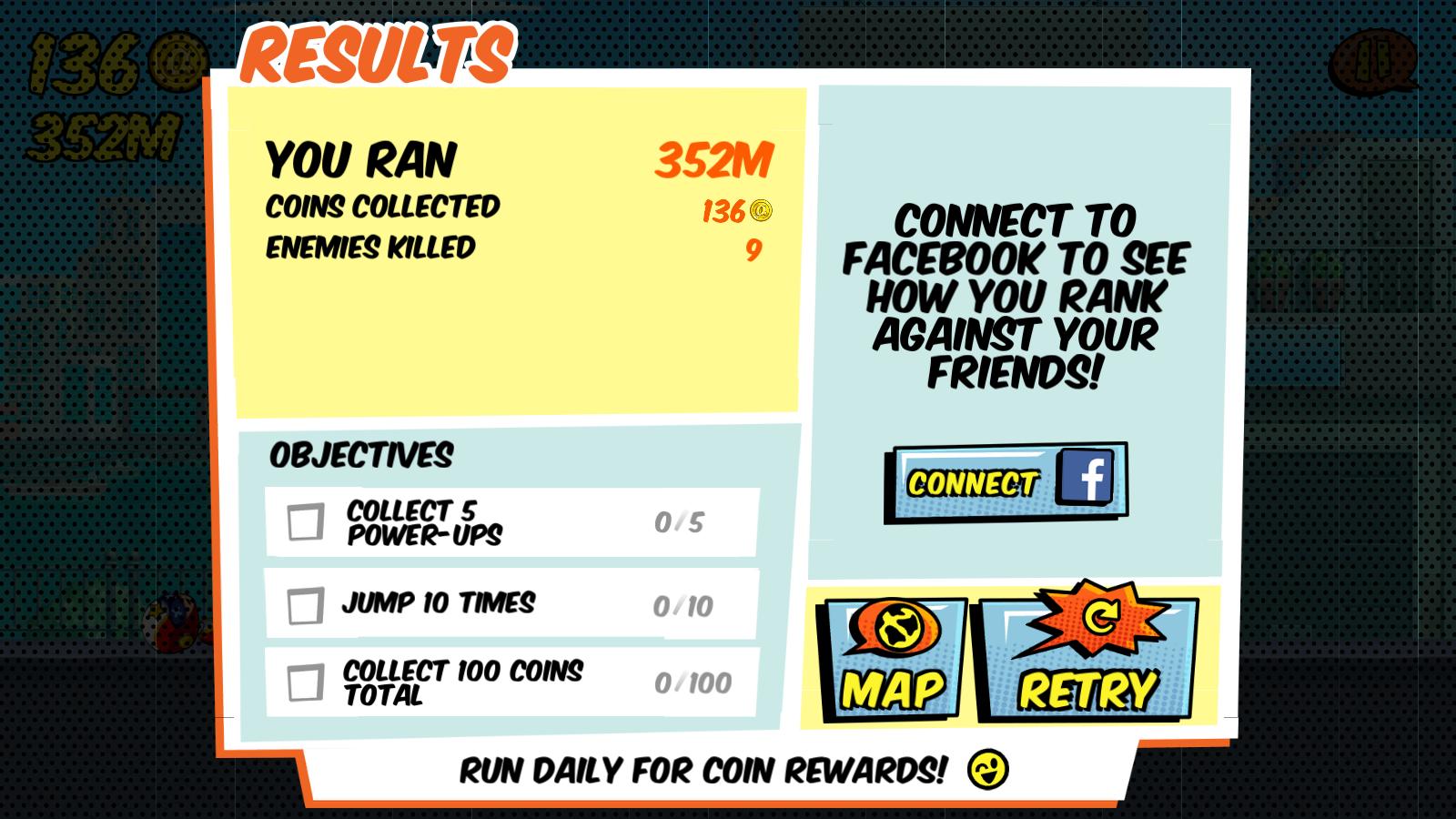 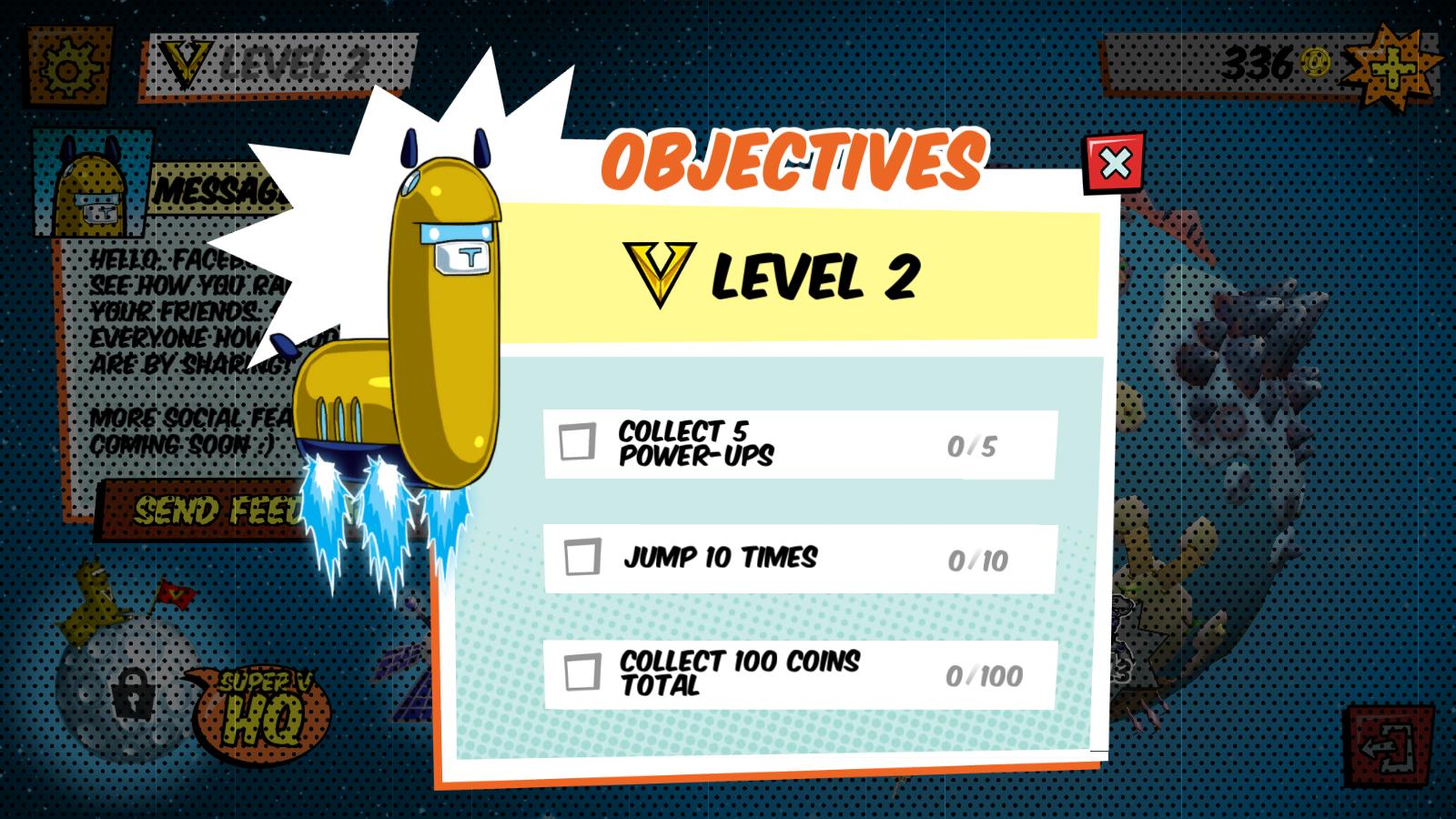 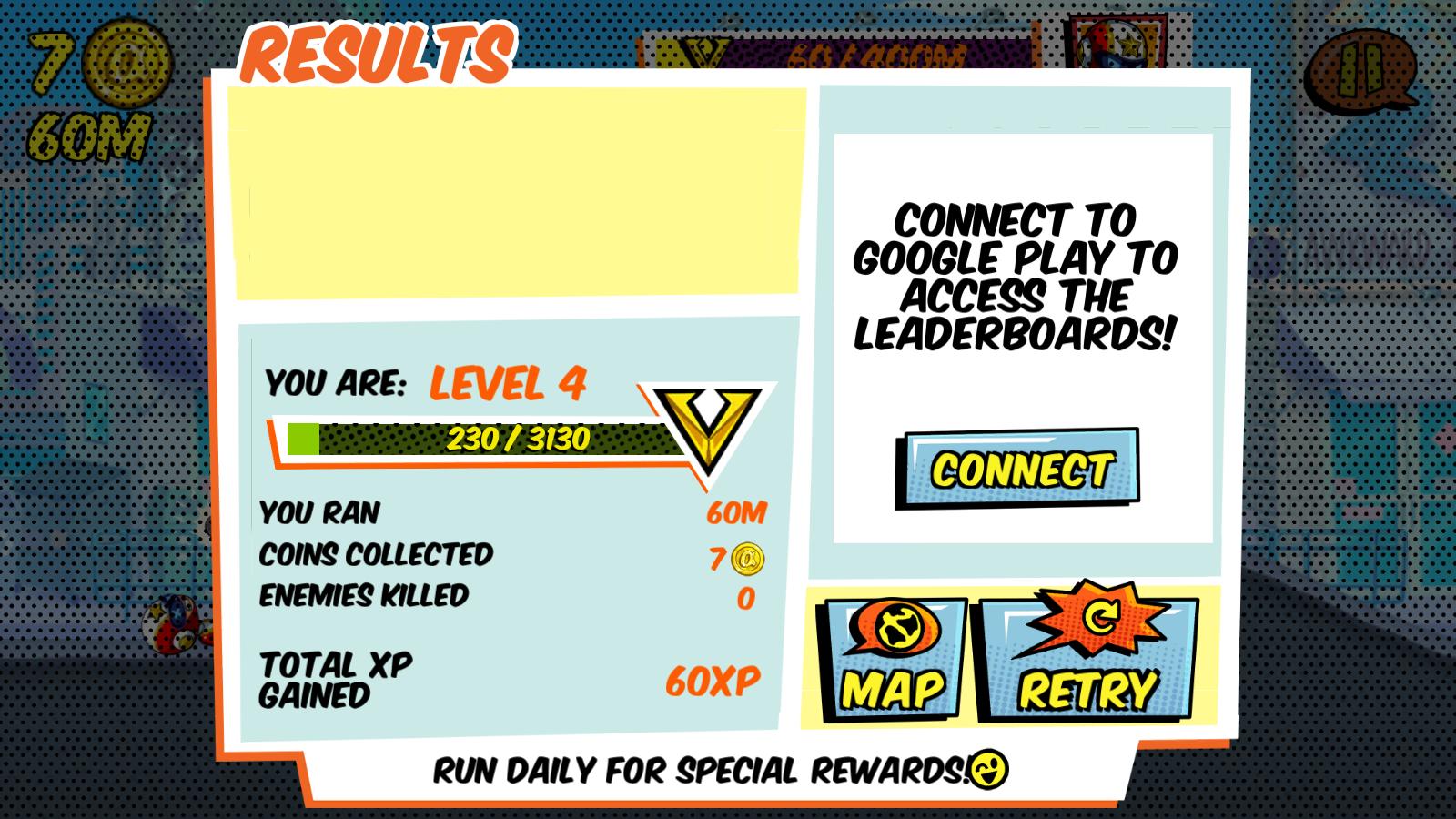 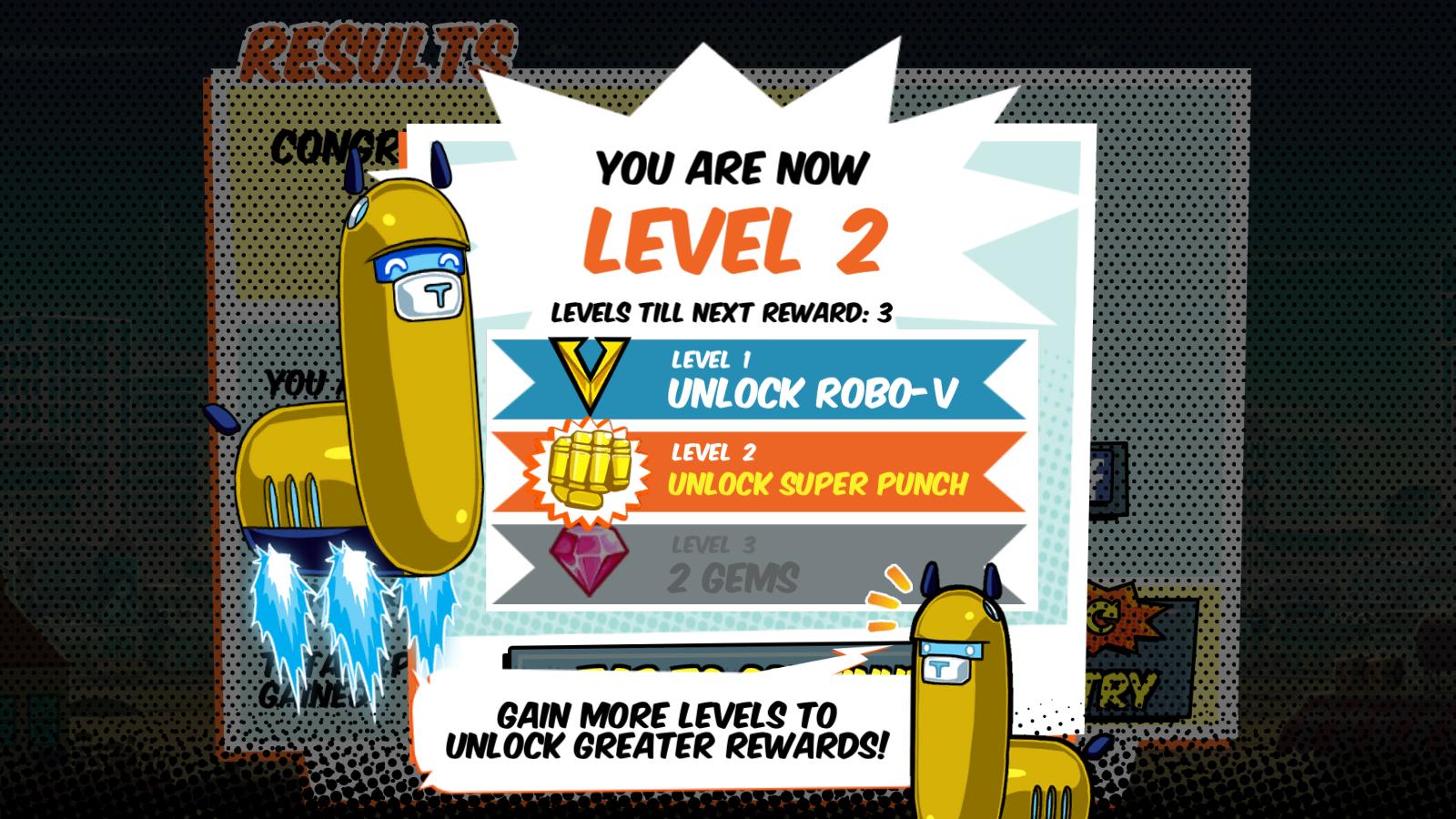 In our old core loop, players completed multiple goals to level up and unlock new content. We found some players dropped off quickly, not progressing through levels even if the goals themselves were quite easy. We replaced the goal checklist and changed the level system to be based on experience -- the more you ran, the more you got XP to level up. This was clearer to players and also also much more rewarding. 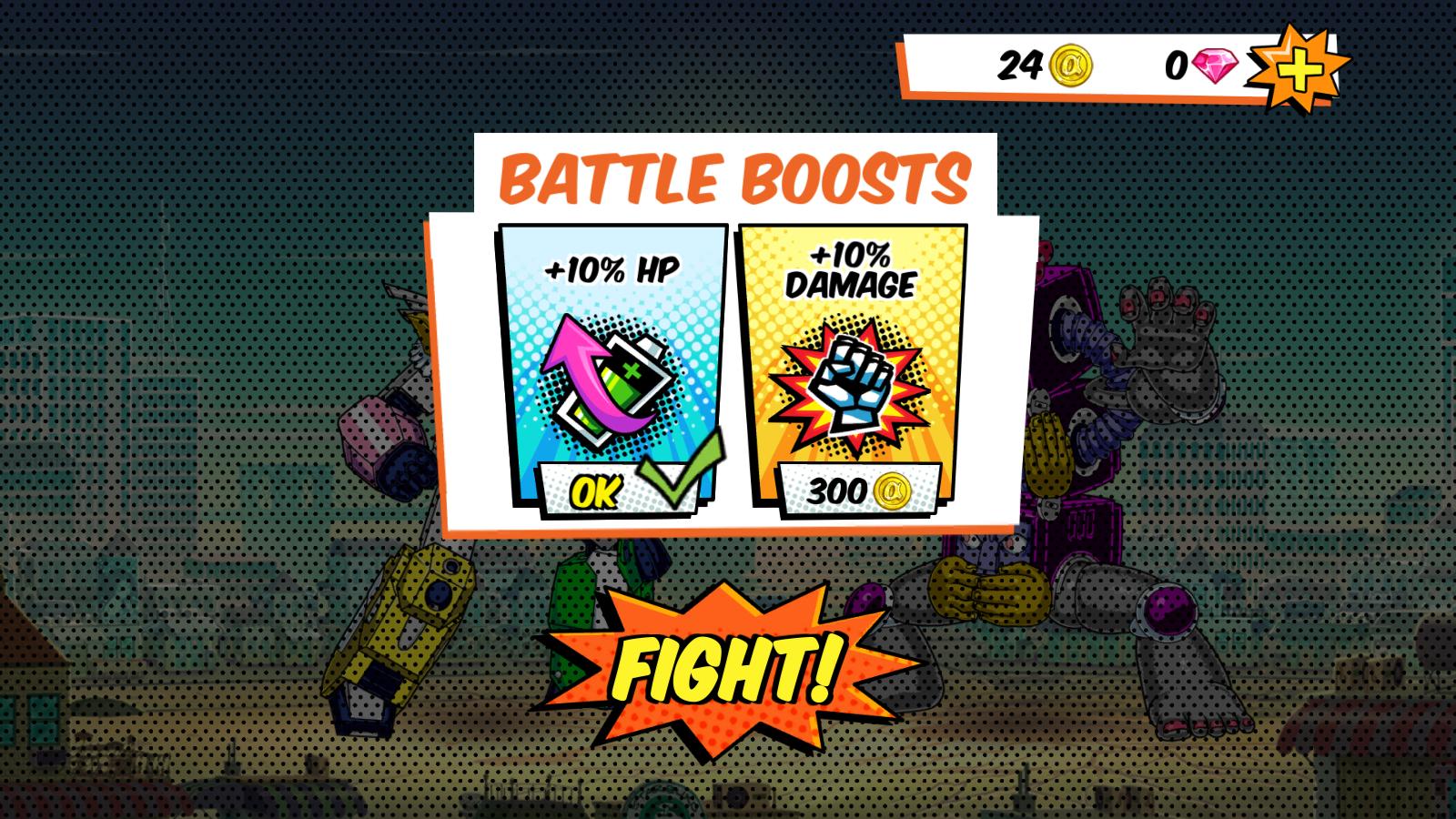 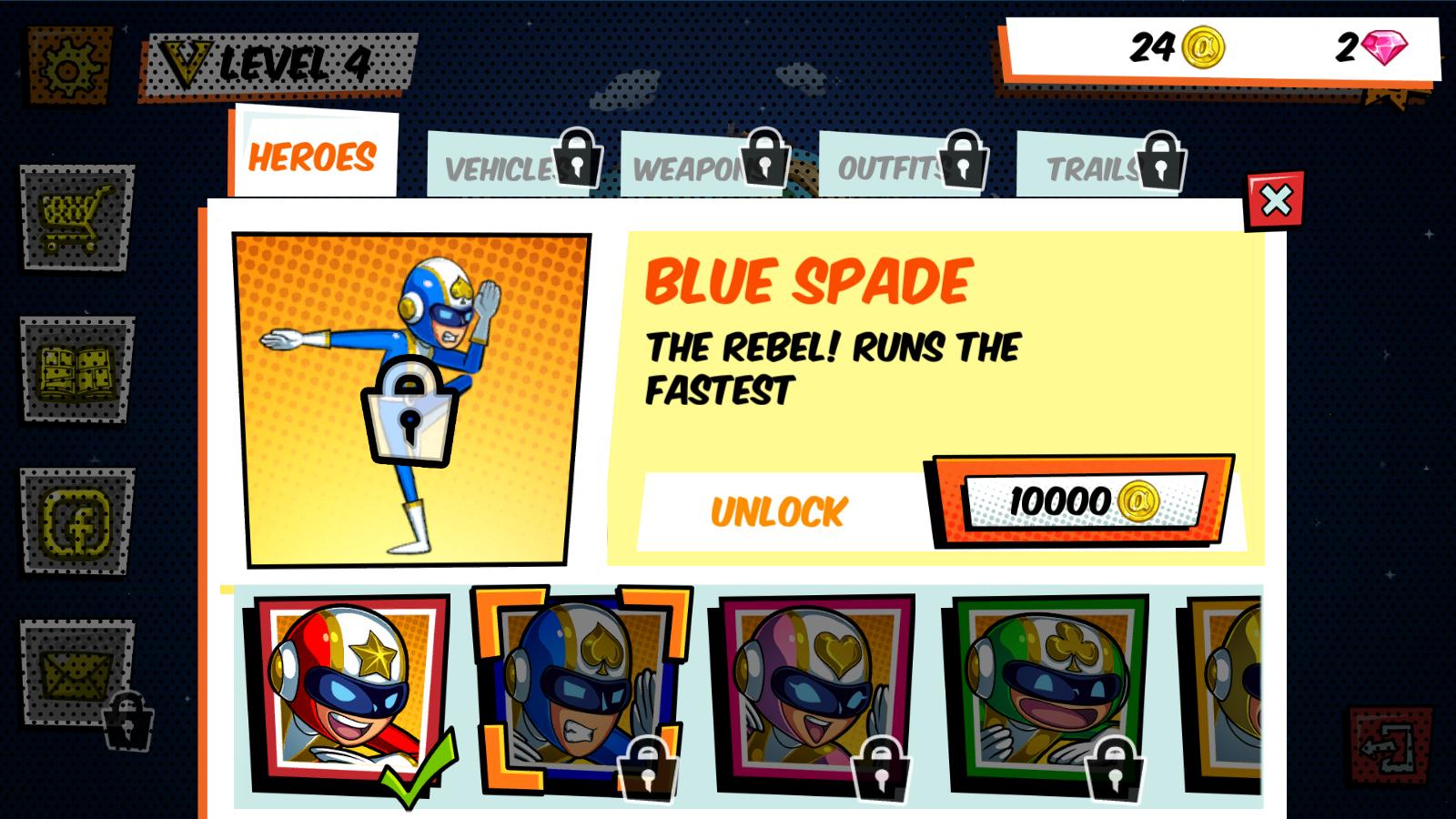 Our data showed that players had saved up a lot of coins during the soft launch, and they needed more stuff to use them on. We added robot boosts and new characters to buy; they gave players more options to pay to get a better game experience, and gave them a reason to save up and keep playing.

Achieving all of the above went beyond simple tweaking; to revamp the core loop, we needed to refactor the entire game. Due to time constraints, a lot of the existing code framework was re-used and re-fitted. The programmers focused on nailing down the flow first, then tweaking each of the existing subsystems to fit the new core loop.

One thing that made this easier on the technical team was how our designer-programmer dynamics worked. Programmers at Altitude essentially build tools for designers to play with (such as exposing as many variables in Unity as possible). This enabled them to spend the majority of their time working on features, while the designer could already build and balance content on his own.

Because we reused an existing system to facilitate the new core loop, we had to carefully catch any bugs that popped up when we reshuffle things around. There were instances where a seemingly simple change would cause a lot of other components to unexpectedly malfunction. To mitigate this, we playtested quickly, and often. The team frequently played through daily builds of the game, and swiftly took note of any unintended behavior that came up. Periodic, company-wide playthroughs were requested, and feedback was taken in terms of enjoyment, playability, and performance.

Performance was a major issue we had to hurdle throughout the refactor period. Since we added more visual and design flair into the game, it eventually exhibited signs of slowing down, even on middle to high-end Android devices. Both the art and programming teams flexed their muscles, in an attempt to optimize the game’s frame rate. Through rigorous profiling (with Unity’s profiling tool), texture optimization, and code cleanup, the team was able to make Run Run Super V’s performance smooth and playable even on low-end devices. 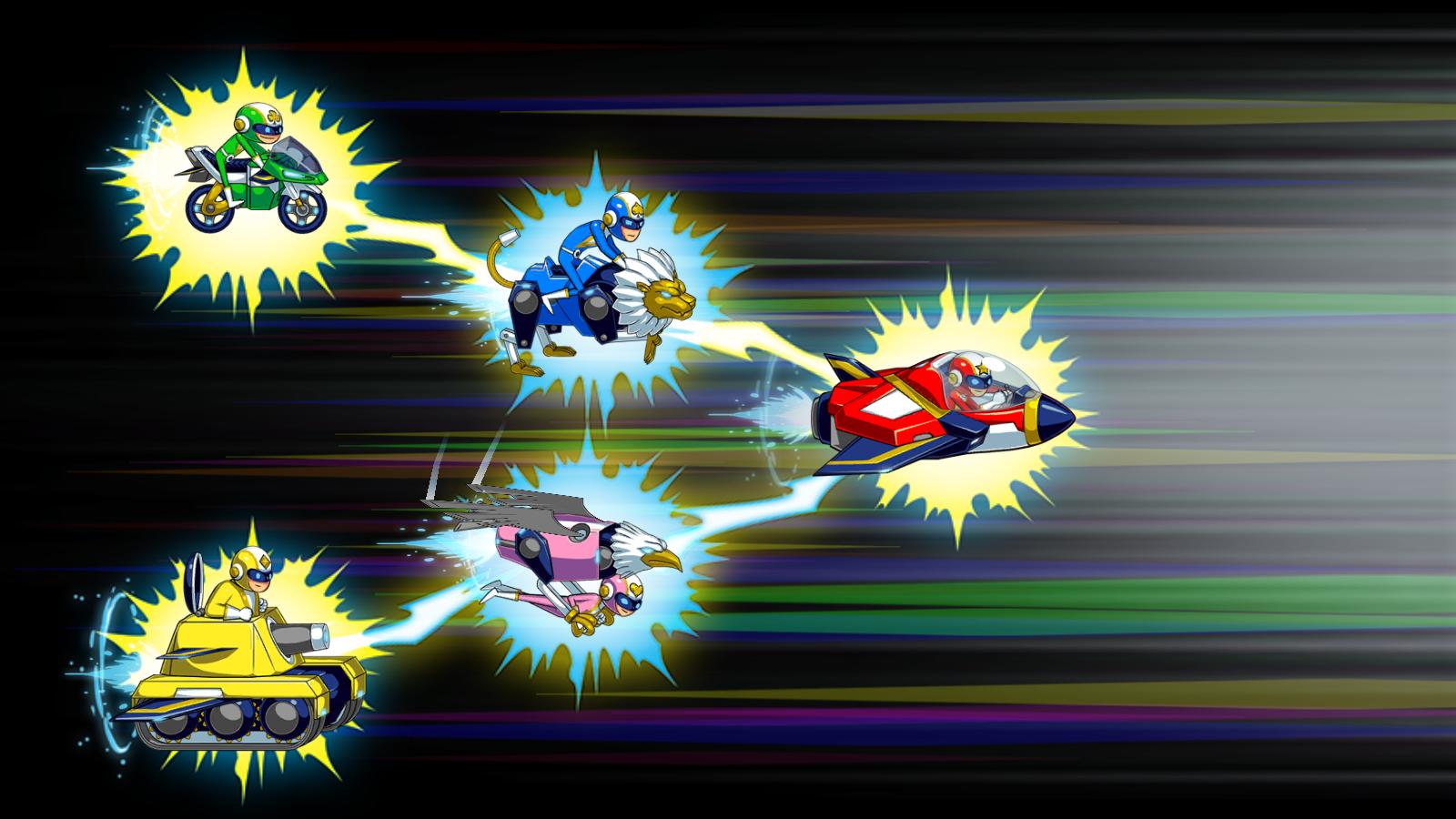 During the whole process, there was a constant back and forth among all disciplines. Designers would suggest and postulate specifics regarding the game; coders would chime in on how long it would take to implement; and artists would estimate how time-intensive assets would be. Marketing and publishing would comment on how it would impact retention and marketability. Only after all teams had chimed in would we decide if a feature is worth developing and how high a priority it would be.

Overall, the rehaul was good not just for the game but for the team as well. One of our core game-making philosophies in Altitude is inspired by lean startup methodologies: “Think big, act small, fail fast, learn rapidly”. We thought big with Run Run Super V, acted in small, concrete steps, realized pain points, and adjusted quickly. By working together, we improved the flow of the game and hopefully gave RRSV a bigger chance of success.

We hope you like the new flow! The update is out now on Google Play - download it here