I’ve been drawing ever since I could remember, having been inspired by TV shows and comic books at a very early age. Live-action TV shows like Bioman and Shaider, cartoons like Voltes V, G.I. Joe, and Transformers, and comic books like Funny Komiks and Peanuts – these were my food for imagination during those formative years. It also helped quite a lot that both my older brothers were into drawing, so we had a communal pool of drawing materials. Hand-me-downs aren’t always a bad thing.

What are the favorite games you played growing up?

As a kid, we had a Nintendo Family Computer, and the cartridge that got the most playtime was Super Mario Brothers 3. Up to now, I still count that as one of the most fun and polished games I’ve ever played – the variety and quality of the things you can do as the player, your interaction with the environment and the enemies – it totally blew my mind. And it still holds up today. Eventually, we got a Playstation, and I immediately got hooked on Metal Gear Solid and Vagrant Story. I probably put in too much time on those two games more than I should have, but I regret nothing!

My favorite artists are: Hiroaki Samura (writer and artist of the manga series Blade of the Immortal), Paul Pope (writer and artist of graphic novels such as Heavy Liquid and 100%), and Akihiko Yoshida (character designer of the Square Enix video games Vagrant Story and Final Fantasy XII). As a digital artist, my influences are different from my favorite artists, as their influence on me leans more towards the technical side of things – rendering style, design ideas, color combinations, that sort of thing. Masamune Shirow (writer and artist of the manga series Ghost in the Shell), Hyung-tae Kim (character designer for the video games Magna Carta and Blade & Soul), and Bengal (artist for several European-published comics). If you ever have some spare time on the Internet, they’re worth looking up for eye candy. 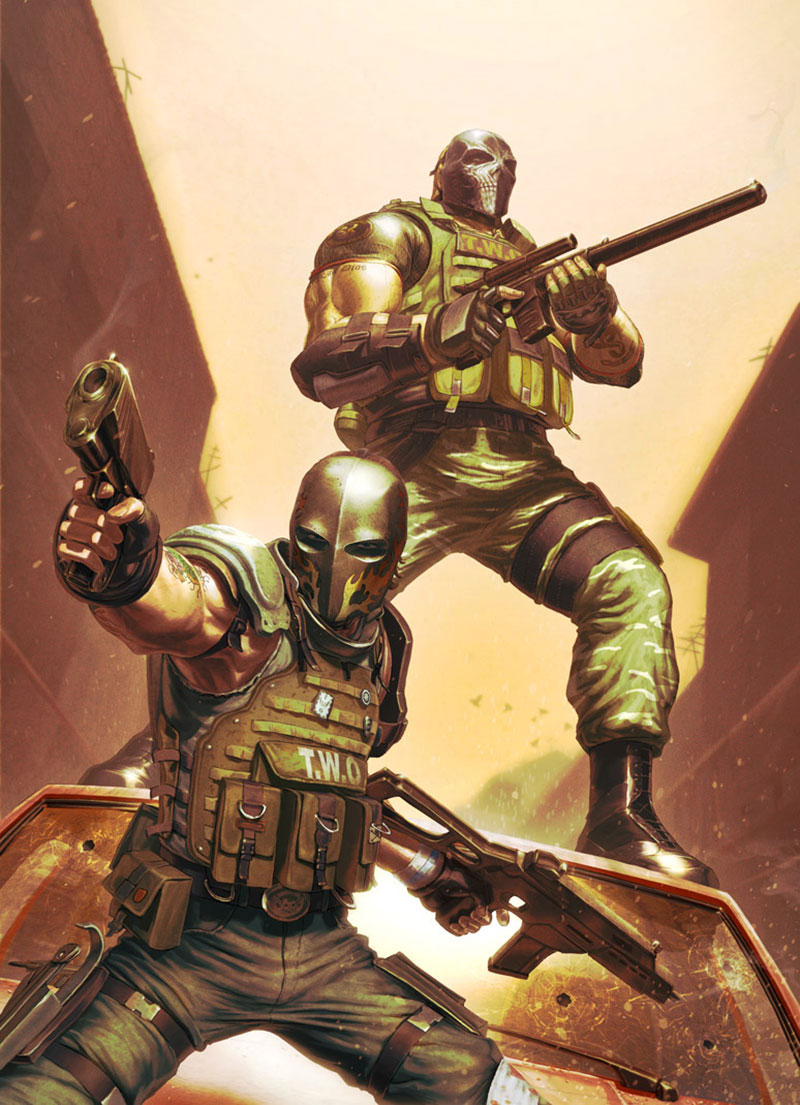 Right around the time I graduated college and was looking for a job, Nokia just introduced full-color screens on their cellphones, opening up some possibilities for very light mobile games. I got started at iAyala, as a graphic artist whose tasks included creating pixel art sprites and backgrounds for some very simple mobile games, among my other tasks of making picture messages and operator logos. A few months of that and I heard there was an opening at ePLDT Content Development, which focused more specifically on mobile game and app development. So I jumped ship and started getting really into mobile game development. Back then, I remember one of our more challenging tasks was to fit a complete mobile game into 64 and 128 kilobytes. These days, that’s just a fraction of a picture’s file size that you post on Facebook.

The first game that I ever had a hand in making was “Willow: The Wide-Eyed Witch” during my time in iAyala. It was an endless flyer, where you play the titular witch who collects glowing orbs (spirits) while riding on a magical broomstick. We made this game for those early full-color Nokia phones I was talking about earlier. I’d be surprised if anyone actually heard of it, let alone play it. If you’re one of the (un)lucky ones who’ve ever encountered this game, you deserve a No-Prize! 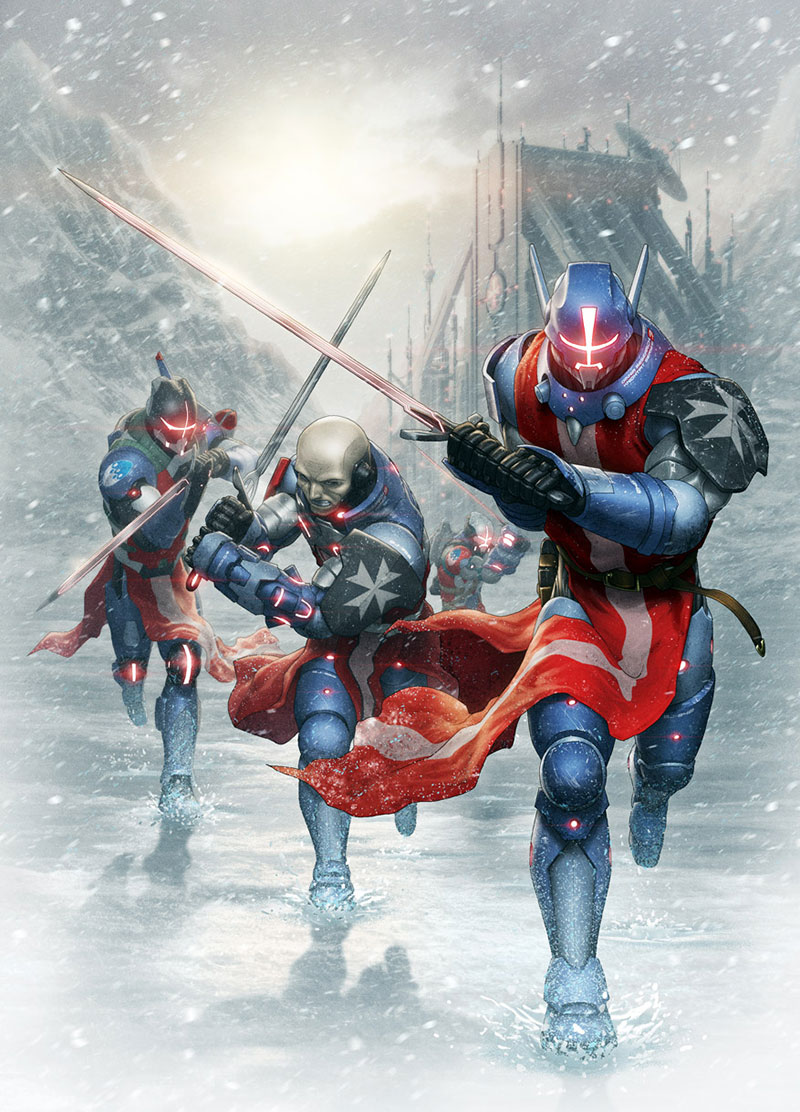 A lot of trial and error, a lot of experimentation, a lot of reading some fundamental illustration books, and keeping an eye out for the latest fancy technique. For me, it’s all about observation, imagination, and application. How’s that for vague and artsy-fartsy? The simple answer is actually: goal-driven growth. I make sure that each and every illustration I create, each TV show or animated film I watch, each idle time I spend looking at various mundane things – I make sure that I learn something from those, whether it’s how to draw something properly, or how to capture the mood of a certain scene. Or sometimes what NOT to do, which is often as educational as how to draw something right.

I had a lot of fun working on illustrations for the rule books of the tabletop miniatures game Infinity; it’s a sci-fi world with alien races, plasma cannons, and empires at war. They’re a blast to draw, more so because of the detailed universe that the authors crafted. Different types of guns, armor, and anatomy for each of the races, in different battlefield scenarios and environmental conditions. Recently, I also had a lot of fun working on one-off illustrations for HC&D playmats, because the client had enough faith in me to cut loose and draw whatever I wanted.

You’ve been an art director and freelance illustrator for the last 5 years. Why did you change gears and join Altitude Games as a full time art director?

While freelancing gave me an intoxicating amount of freedom when it comes to handling my time and picking my projects, I feel that I’m at that age where I want to build things that last. I can’t do that with my attention split between several different freelance projects, hence full-time. And I can’t do it alone, hence working with highly-competent people that I trust. I’ve always preferred working alone, as it gives me a high degree of control over an already-chaotic creation process, so I’m very picky when it comes to choosing people I collaborate with. I realize that this is not a good thing, but that’s a personality quirk of mine that I’ve come to accept. So, if I had to choose which people I’d like to make games with, it would be – and IS – Altitude.

What’s your advice for artists who are trying to break in the industry today? 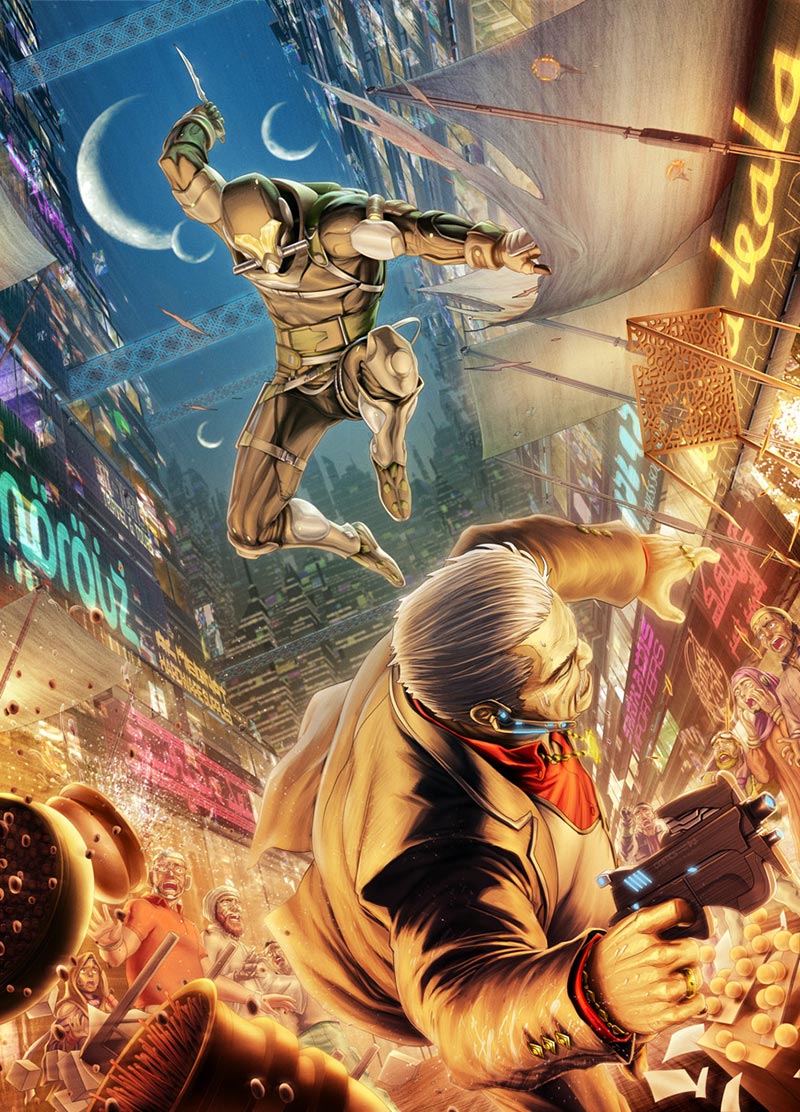 On the surface, versatility in style and technique are really good tools to have. For long-term improvement, hone your observation skills, your aesthetic sense, because this will set you apart from all the rest who know how to use the same tools that you have. If you want to break into the industry, be open to collaboration because great (emphasis on “great,” not just “good”) games aren’t made by one-man teams. Be ready to use all the artistic tricks at your disposal (whether it be graphic design, animation, fashion, culture, architecture, or whatever) because game development will ask those of you, and more, especially if you’re a small development team or an indie game developer. Lastly, and this piece of advice doesn’t just apply to artists: No matter how good or bad you are at your job, don’t be a dick. Be a person. It’s just work, it’s not life.

I’m going to sound coy, but I can’t reveal too many details yet. One’s a mobile game, and the other one’s a graphic novel. Yes, I’m working on my dream projects right now. Simultaneously. Pray for me.