Today we dive into the mind of another one of Altitude’s game wizards: Jay Gavarra.  He may not admit it, but he’s already a veteran in the local game dev scene. He’s here to talk about his roots, his favorite games, and all the stuff he’s done up to this point. Read on! 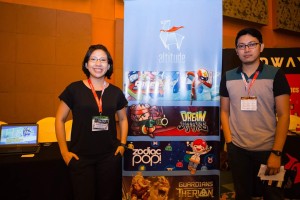 JG: Crazy! First day you already have an emoji icon of your face haha! We have teams working on different projects and we’re learning from each other because of this.

JG: I often rename characters Roo whenever I can. It’s a reference to one of my favorite games.

JG: Started as QA immediately after college and learned about game development while on the job. Never looked back. 🙂

JG: I remember playing Oink! on Atari 2600 a lot when I was 3, and it was the scariest thing! I was a Squaresoft fan when I was a teenager, and my favorites are Chrono Trigger, Final Fantasy IX, and Chrono Cross. I played a lot of Diablo II and Red Alert 2 in computer shops when I was in high school, too.

JG: Reading a lot helped, and also listening to everyone’s feedback. Learning to trust your instinct during those crucial moments also helped a lot!

JG: A mobile RPG. We’ll tell you more about it soon!

JG: I’m sure it’s not as scary now to choose making games as a career as it was back when I first started, but taking the first step to anywhere is always a challenge. The industry is always evolving, so do try to keep up!