This week we delve into the mind of Altitude’s Engineering Director Marc Polican. He’s taking a break from writing lines of codes and he gives us his insights on game development and just what makes a Game Dev’s mind tick.

What is your nickname, rank, and serial number?

Hi. People usually call me Marc. I have friends who call me Pocan as well. I’m the Engineering Director and Co-Founder of Altitude Games. I’m mainly in charge of the front-end technology used for our games. Serial number? The first thing that comes to mind is: 09816151

The first game I played was Super Mario Bros on the Family Computer, it’s awesome! Never finished it though. I like many of the Final Fantasy games (III or VI, VII, VIII, and X). These were the games I actually finished! I tend to cheat or not finish most other games.

What’s the hardest part of being a programmer?

The hardest part is iterating on your game to make it fun while keeping the code manageable. Iterating in this context means doing revisions and even more revisions until you have something fun. Doing so may result in a big mess of code if you don’t plan for changes in features or requirements. Or you will hate the people who keeps changing their mind on what feature they want. :p

While in my last 2 months in college, I received an SMS saying something like: “Hi, I’m from Anino Entertainment, we’re looking for a game programmer. Please come to our office for an interview.” At first I thought it was a joke. I did a little research and it turned out to be a real company 🙂 I got hired and have been making games for a living since then.

It was entitled: “Anito: Defend A Land Enraged”. It was a PC adventure game we released in 2003. That’s where I met my other co-founders Gabby and Luna.

Anito clearly made a huge impact in both Luna’s and Marc’s journey through game development.

Run Run Super V, of course! This is my first project using Unity. I am very impressed with it. It lets me focus on making the game instead of writing engine code. The asset store is a big time-saver as well. One of my favorite projects was a PSP title called Hero of Sparta in a previous job. It was my first time to work on an actual game console. Working on it was both hard and fun because I had more direct access to the GPU and CPU of the psp. That was very interesting to me. 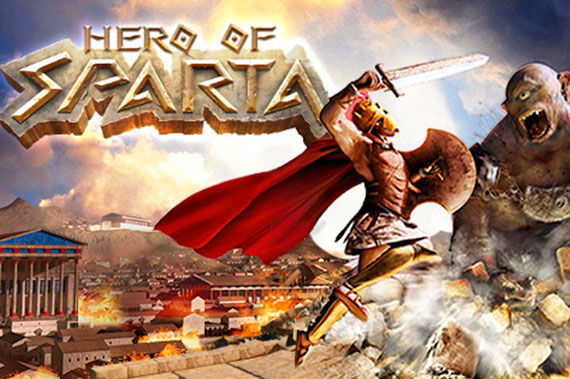 I was using C++ to write game code for the past 10 or so years. I could label that as my favorite, I guess :p I’m using C# for writing Unity scripts now. I tend to like it as well.

Play games to get ideas and inspiration. Keep programming games to keep your skills sharp. Keep learning. Be open to changes. Welcome a challenge. And most of all, have fun. If you don’t find making games fun, there are other better-paying careers out there. I’m still making games because I find it fun and challenging.