We are proud and excited to be joining this year’s Casual Connect Europe . Casual Connect is the place to learn more about the mobile games industry, which entertains billions of people each month. And just like last year, we could not pass up the opportunity to join the show once again. More so when we found out that Run Run Super V will be gracing the cover of the conference’s official magazine! So to create something extra-special for this event, Chester, Eveth, Aileen, and Ruben “volted in” their art magic. Here’s how they did it:

The whole concept and direction of the Casual Connect magazine cover was laid out by Chester. The idea was to create a new image to highlight the epicness of the Super V theme while conveying motion. Red Star once again led the group through Silver City while looming in the background was the colossal Robo-V. Once Chester got the layout down, he then gave it to rest of the art team.

Aileen then did the inks. The lines were given varying weight to further define the team from the background and the forms of Robo-V from the rest of the city, while still giving the overall piece a cartoony vibe. Eveth and Ruben were up next; Ruben did the background color details and Eveth did the characters. The key was getting the lights and shadows right.

The finishing touches and overall polish came from Chester. We think it looks quite shiny! Here’s how the final cover looks like: 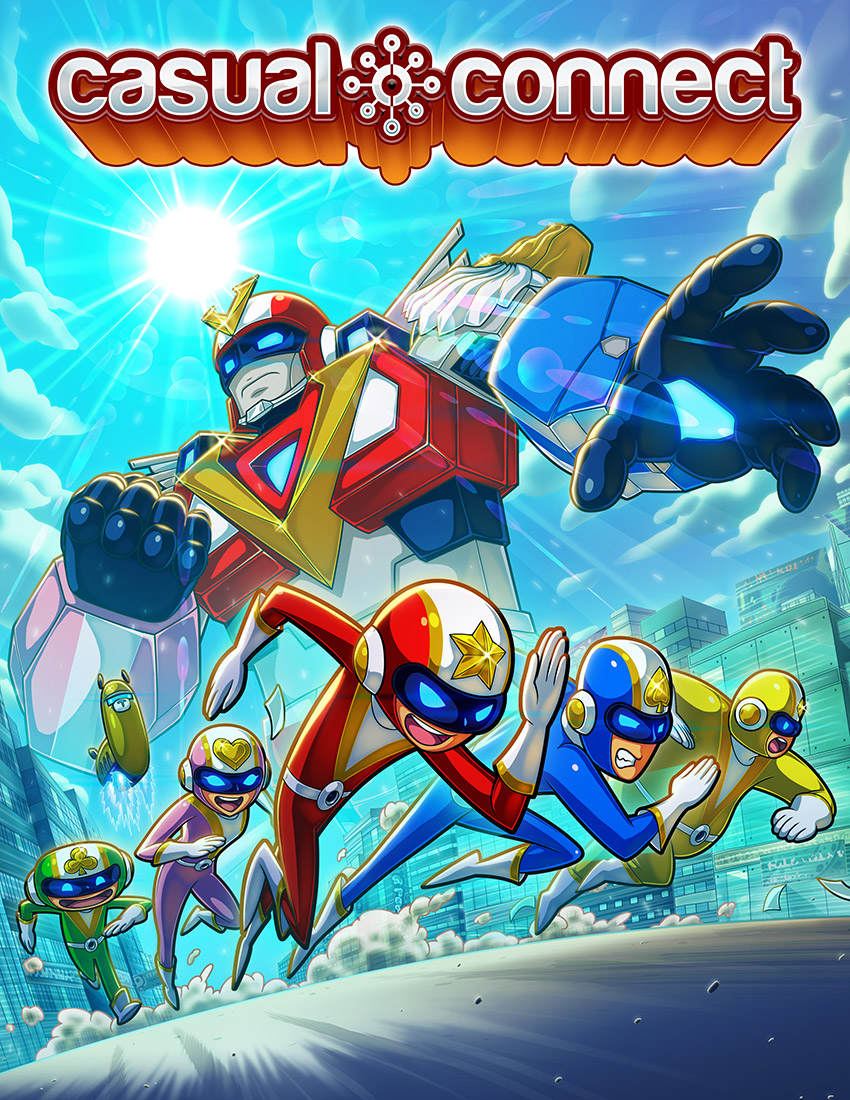 For those countries with access to Run Run Super V’s open alpha, we’ve also updated the start screen with this new artwork. We hope you like it and thanks for reading!