Did you grow up with Japanese tokusatsu TV shows in the ‘90s? Like the Mighty Morphin’ Power Rangers, Kamen Rider, Power Rangers Mystic Force, or Hikari Sentai Maskman? If you’re a fan, and you ever dreamt you could be a ranger, then Run Run Super V is a great game for you. 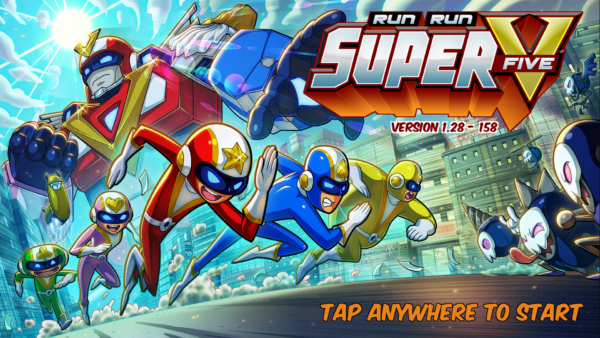 Once you start the game, you play as the sentai hero Red Star – he runs across the city, collecting coins, picking up items, avoiding obstacles, and chasing after the evil Negatron.  While running, you can tap anywhere on the left side of the screen to jump and attack. Tap twice to make your character jump even higher. 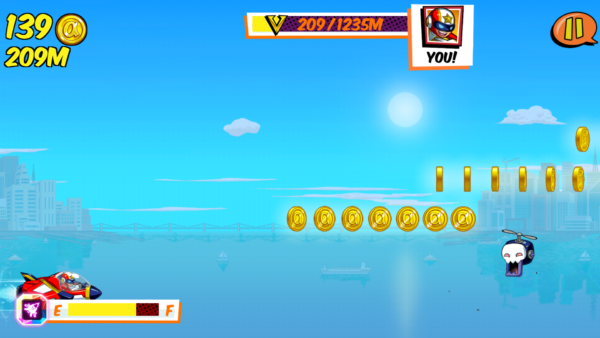 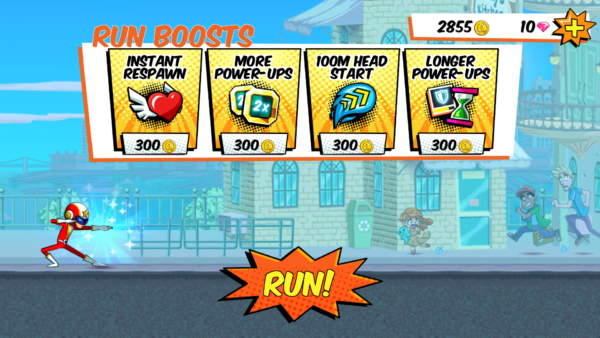 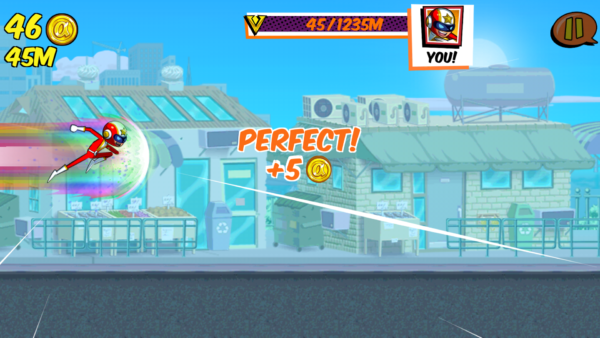 You can purchase different sentai heroes from the in-game store:
Blue Spade is the rebel. He is the fastest runner among the others.
Pink Heart is the only female hero in the game. She can jump higher than Red Star.
Yellow Diamond is the tank! He can fly longer compared to the others.
Green Clover is known as the gymnast. He can triple-jump; can you imagine that? 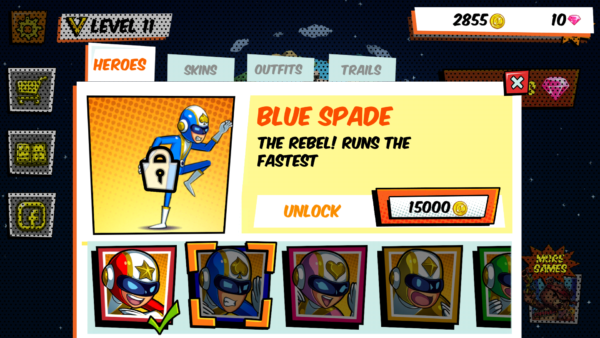 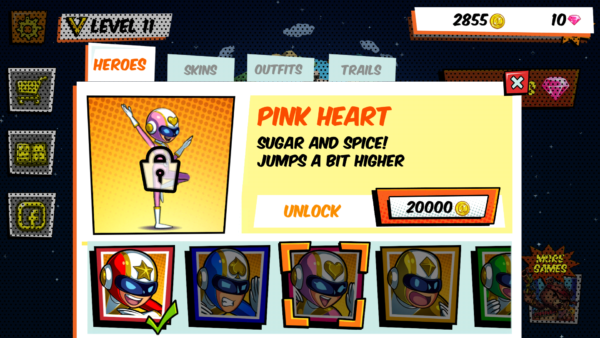 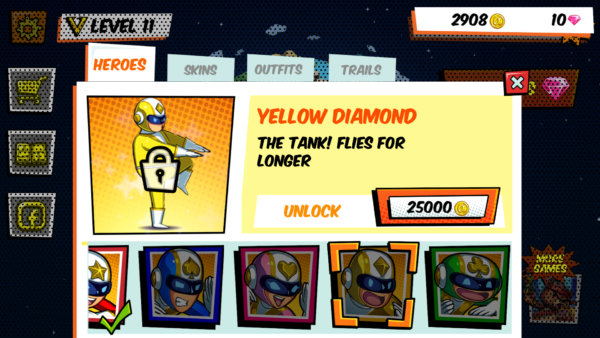 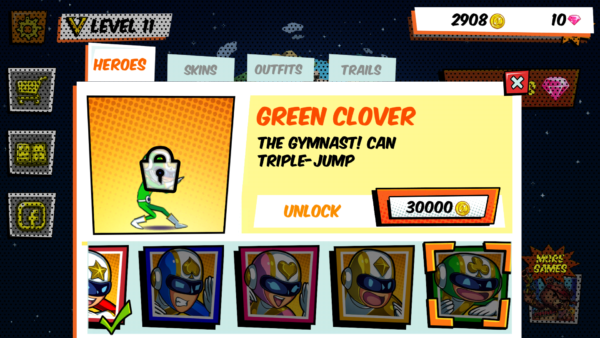 Having problems? Got a suggestion? We’d love to hear from you! You can reach us at: superv@altitude-games.com